3rd period is 1 period too much for Black Sheep

Last Sunday (November 04th) Black Sheep played their home game against the Saints. Despite the particularly good start, we eventually lost it from this former 2nd divisionist.

But what a match. I can not escape the impression that the Saints were a little surprised by our play in the 1st and 2nd period. Both sides showed fast break outs and nicely set-up attacks but it was Black Sheep that scored the first goals.
What we see at the Black Sheep over the past few games is that they work hard for every meter of ice. Both in the attack and in the defense. Passes are largely on and with that nice attacks and defensive actions are set up.

Simply summarized, it is worked by and for the entire team.

Unfortunately back to the game. It took a period too long for the Black Sheep. Compliments to the Saints that they flight for every loose puck. This results in three very short shots after each other on the goal and then it is almost inevitable that the third shot disappears into the nets.
Black Sheep handed over the game in the third period. 3 powerplay goals put an end to the dream start of the 1st period. So in the future we have to deal with penalties in a smarter way.

We have something to work on. A good and fun game was in any case worth a look yesterday. Black Sheep hoped for a different end result but because of the hard work there was peace with the final outcome.

Video wrap is placed on our video page, vimeo and youtube channel.

The next game will be a heavy one again. The Black Sheep will visit Dolphin Utrecht on Saturday November 10th. The game will be played on the Vechtsebaan and starts at 20.15 PM. 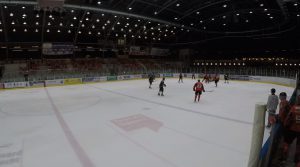 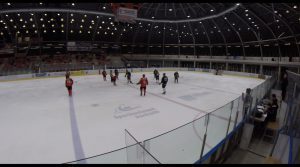 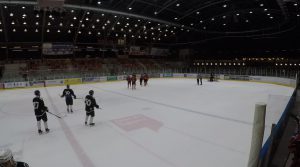