Black Sheep win against the Gladiators

Last Sunday (October 28) the Black Sheep have already played their third league game. This time the Gladiators from Nijmegen were the opponents.

Old and new acquaintances have been added to this team and they have become a lot stronger then previous years.
Good players like Marc Visschers and Wouter de Bie make the new game of the Gladiators and that results in nice combinations and goals.
But just like last week, the Black Sheep had the right focus and wanted to win. An exciting and even ascending battle was the result. It therefore took well into the first period before scoring. Despite the many chances in this period, the Black Sheep did not manage to score. And then an unwritten law applies, if you do not score then the other party will. The goalie of the Gladiators was an almost impregnable fortress for our attackers. Unfortunately the Gladiators started the score with a well-played combination.
Black Sheep’s answer to this score lasted until just before the end of this period.

The second period showed a fairly similar picture as the first, however, it was only Black Sheep that scored in this period.
The final piece, the third period, more mistakes were made by both teams and thus also the possibility to score.
In total, 6 goals were scored which were split equally between both teams.

The game was also disfigured by an incident in the third period which made it a late evening. Uncertainty from the referee about the punishments to be made allowed time to run out considerably. In the end, Black Sheep did not get out of their game despite the fact that the pressure from Gladiators was occasionally quite high on our goal.
Team commitment, (again) good goalkeeping and having fun made that this game ended in our favor.

Video wrap is placed on our video page, vimeo and youtube channel.

The next game is a home game. The opponent is the Saints from Nijmegen. They have come over from the 2nd division so we will have to complete this game again. The game is at the Sportboulevard – Dordrecht on Sunday, November 4 and starts at 8.45 PM. 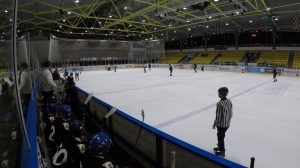 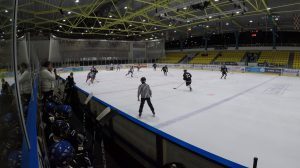 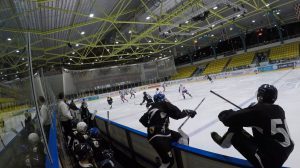 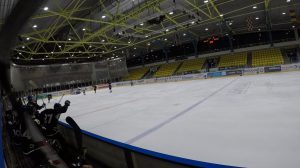